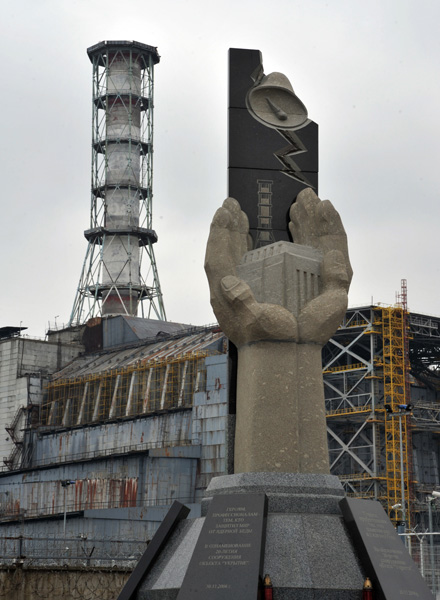 A memorial for the Chernobyl Nuclear Disaster victims is pictured in front of the Sarcophagus covering the destroyed 4th block of Chernobylâs power plant on March 28, 2011. Chernobyl nuclear power plant, where the world’s worst nuclear disaster took place in April 1986, and the 30-km zone around it remain unhabited until now. Ukraine and its neighbors mark on April 26 the 25th anniversary of the catastrophe. AFP PHOTO/GENYA SAVILOV