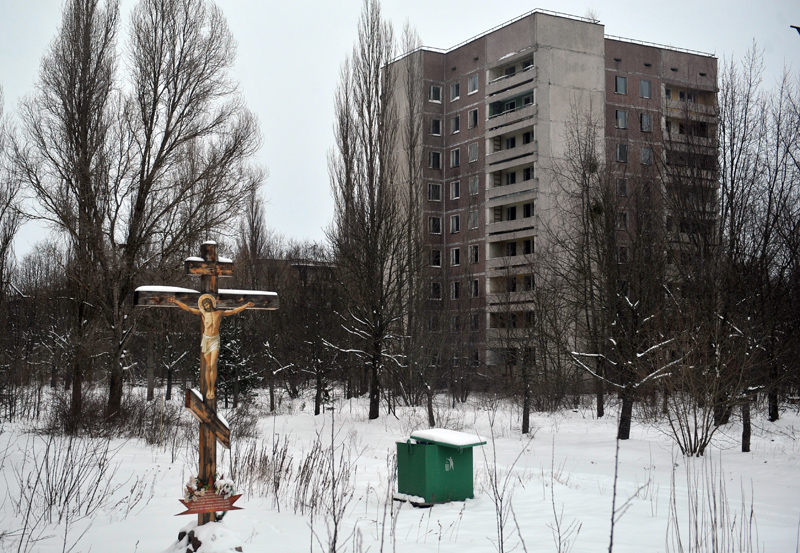 A crucifix stands in the ghost city of Prypyat, near Chernobyl nuclear power plant on February 24, 2011 ahead of the 25th anniversary of the meltdown of reactor number four due to be marked on April 26, 2011. Ukraine said early this year it will lift restrictions on tourism around the Chernobyl nuclear power plant, formally opening the scene of the world’s worst nuclear accident to visitors. Chernobyl’s number-four reactor, in what was then the Soviet Union and is now Ukraine, exploded 26 April 1986, sending a radioactive cloud across Europe and becoming the world’s worst civilian nuclear disaster. Following the accident, a concrete sarcophagus was built over the stricken reactor and a new 20,000-tonne steel case to cover the whole plant is planned on being constructed between 2008 and 2009. AFP PHOTO/ SERGEI SUPINSKY