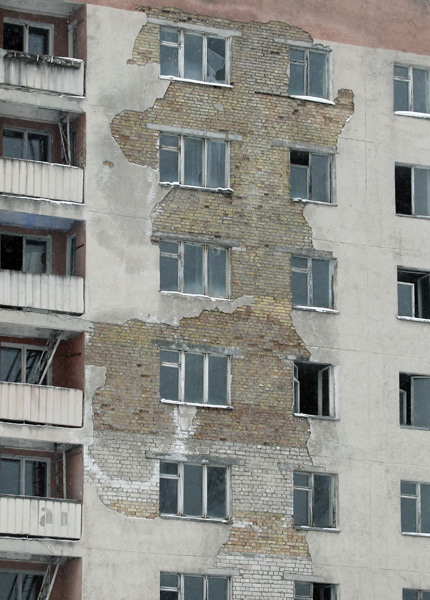 epa02596579 An exterior view of a deteriorating facade of a building in the abandoned city of Pripyat, which is located a few kilometers from the Chernobyl nuclear power plant, during a visit of journalists to the site of the 1986 desaster in the Ukraine, on 22 February 2011. Some 47,000 residents from and around the city of Pripyat have been evacuated after the explosion at the nuclear power plant on 26 April 1986. Ukrainians will mark the 25th anniversary of the world’s yet worst nuclear power accident on 26 April 2011. EPA/SERGEY DOLZHENKO